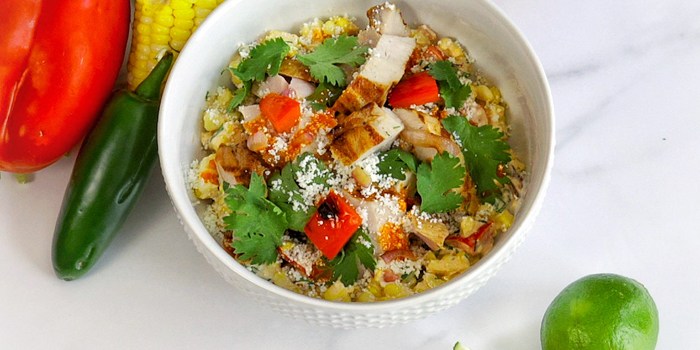 Spring and summertime means it’s time to head outdoors (finally!) and get grilling! It means celebrating the colorful and flavorful foods of summer such as corn, peppers, and smoky-flavored proteins. You’ll get all those flavors and more when you fire up the grill and whip up this tasty dish in 30 minutes!

The combination of tasty pork, pungent onion, crisp pepper, earthy corn, and bright lime are a tastebud touchdown. So, whether you’re grilling for a party, your in-laws, or a simple family dinner, you’re bound to make everyone happy with this delectable dish!

This recipe makes use of the pork loin, but you can certainly try other cuts of pork, including pork roasts, chops, ribs, sirloins, or tenderloins.

Pork loin filets cook pretty easily on the grill, especially when sliced! If you are going to slice the pork though, just beware not to overcook the filets. If you don’t have a grill, fear not! You can still make this recipe by roasting your pork, corn, and veggies. You can also sauté and slow-cook the pork and veggies (though, in this instance, we do recommend boiling the corn).